One perk to homeschooling – being in charge of your own field trips. So if we felt like packing up early and driving to Ohio to check out a fossil park on a Monday morning, no big deal. Bonus – going at that time pretty much assured we would have the place to ourselves. Which we did.

I had been looking for some places to take Wyatt to introduce him to the idea of fossils and rocks- we are about to begin a whole rocks and minerals unit in science and when I can get him outside or hands on, I do. I found one north of us, about four hours away, and then my brother sent me the link to another, this one only an hour drive south. This is where we ended up going – Fossil Park, Ohio.

I will admit at first look it is a bit underwhelming. Like a place teens would go to have fires and beers or like a crumbling parking lot somewhere. I was like, well, regardless of how this turns out, Wyatt will have gotten out to play in an environment that is unlike any other he has been to before. There wasn’t too much to see, just gravelly ground, a large container of water, and a few little tables and benches. Pretty simple set up.

We were optimistic, as we generally are. I had read the website and printed out a few materials before we left, including an information sheet that had illustrations and descriptions of the types of fossils we could hope to find, which we had reviewed in the car on the drive. Fossil Park is the remains of a shallow sea bed from the Devonian Era, 375 million years ago. No dinosaurs. We had our milk jug with the top part cut off, also suggested per the website, to use to keep our treasures in. After a brief glance around, we plopped onto the ground and started searching.

I found a piece of a trilobite right away, and I felt very victorious. Giddy almost. Billy was systematically combing through the dirt, I was sort of attacking things a bit more energetically and also trying to teach Wyatt, who was busy stuffing his overalls full of rocks and fossils, neglecting the milk jug in his excitement. He was pretty proud of his collection.

Let me stop a second and talk to you about these overalls. This is not an ad or affiliate or anything, I just really love them. I bought them for him in the spring – as Wyatt scoots a lot right now while we work on walking, he literally goes through pants like crazy. Anything harder than grass just tears the seat right up – and eventually, him, if I don’t watch. These Key Apparel overalls are like the toughest purchase I have ever bought him. They have withheld an entire spring of playing outside, and now, a rock quarry. They are a little worn but still intact. I can’t stress enough how durable these overalls are! They are from a farm supply outfitter, so they are made for hard work, but if you have an active kid that goes through clothes like crazy, I highly recommend these overalls. I only wish he could wear them in the summer – but the very thing that makes them so durable would also make them too hot for the summer. So we will count our blessings and be happy that he can wear them at least in the spring and fall.

Back to the fossil hunt. We were busy at work, Wyatt and I near the top of the quarry, Billy near the bottom, sifting and examining. I was explaining different things to Wyatt, showing him different pieces. We were alone in the quarry for quite a while before a man came walking in, and after a few minutes he came up to us. It turned out that he was the Parks Project Manager and super nice! He told us about what we could find, and even dug with us for twenty minutes, giving us his finds and telling us what they were. It was really cool and like having a personalized guide. He was telling us as well, that they have big plans for the quarry and next year it will be built up more.

We stayed quite a bit longer than I anticipated, almost two hours. Wyatt had fun, and so did Billy and I. I felt sort of like a kid again, sitting in the dirt, just exploring and looking for neat things. I think Billy did too.

We came home with a nice collection in our milk jug! We found a bit of trilobite (top of the big rock), brachiopods (the shell looking piece), and then lots of crinoids, which are bits of sea lilies. I am holding a bit of stem (the long cylinder) and then bits of the stem, the flat washer looking cheerio thing.

If you plan to visit: Expect to get dusty! We were cracking up at how much dust we had on us. Also, when Wyatt’s overalls came off at home tons of small pebbles fell all over the floor, so expect that too. You can only take your collection jug/carton, and water on hot days, no eating or drinking is allowed in the quarry. You can take a brush to dust your specimens. As for being ADA accessible, I would say it is pretty accessible honestly. There is a wheelchair ramp leading down to the quarry, and while it would be a rocky ride inside it can be done. It would be trickier if using a walker or crutches, unless the person scooted like Wyatt. Alternatively, you can sit at the tables and benches and collect from the pile behind the tables as well. Also check the website – it is really informational, and has great printables available, including how to use your visit in your lesson plans.

Overall, we had a really good time! We would definitely go again. 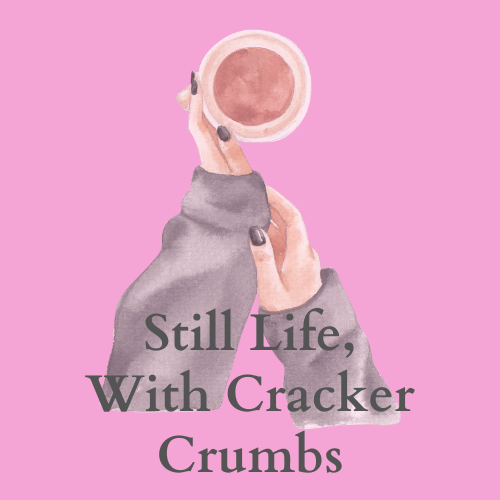