On Sunday, my phone quit forever, dying the true death.

At first I panicked. Then I ordered a new phone through my service provider.

However, said new phone wasn’t going to be here until Wednesday or Thursday! That meant at least two full days without a phone, maybe more. This was terrible news! As a stay at home mom to a special needs child, I feel isolated a lot. I often feel like my phone is my link to the world, to other people, to social contact. I have a laptop, but it is hard to sit down and work on it right now with Wyatt so young. Wyatt and I usually have a pretty busy schedule of appointments too, and when at home we are hanging out together.  So, it’s not really in the cards. I do use the laptop when he is at school, like right now though.

Monday morning was rough. Then slowly, slowly, I found that I didn’t really care as much anymore about not having it. I felt a weight lifted actually – a certain freedom. I didn’t need to check emails or Facebook; my feeling of being really busy was gone, although, my to-do list never changed. I think on some level, having a constant connection to everything makes you feel you actually need to be participating at all times in your email and social media, even though we really don’t. We don’t need to answer an email as soon as we hear that ping. We don’t need to immediately respond to people on Facebook or Instagram. It can wait.

Ironically, I am also reading a book right now called The Nature Fix by Florence Williams. It is fascinating. Not a quick read for me by any means, there is a lot of neuro-talk and physiology and science, which slows me down a bit as I am not naturally inclined towards that realm of learning. But, I am loving this book and learning so much, nevertheless. It’s all about how nature helps you to heal, how it is healthy for you, emotionally and physically. Just five hours a month can improve your mental and physical health greatly. This book talks about how nature straight up affects your brain, how most of the time we operate “top-down” using our active brain and focus, while nature allows us to be “bottoms up”, to allow our brains to relax, taking away all that stimuli that makes us work that frontal cortex constantly. Williams mentioned a study that took place in Michigan about why drivers choose to take a tree lined scenic drive rather than a different route, even over the faster route. Or a study that showed that when recovering from an illness, just being near a window can reduce recovery time and amount of pain medicine taken. 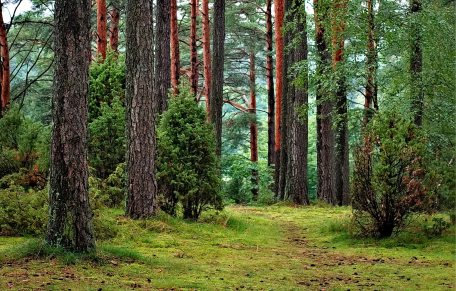 I remember when Wyatt was in the NICU – I had been in the hospital myself for a month before he was born, then he was in the hospital for the next six weeks. It was a long time to be in a hospital. His incubator was always on the far side of the room, away from the windows and the light, and I started to get this feeling that if we were near a window and he could experience sunlight (muted of course, not direct!) that he would flourish. So when the next window spot opened up, I asked the nurses if Wyatt could be moved. And those sweet women did it, although it took a tremendous amount of extra effort on their part. And, a week and a half later, Wyatt was discharged. While I know that it was the hard work and care of his entire massive team of doctors and nurses that healed my son, I like to think that having a week in the sunshine helped just a tiny wee bit. I know that it helped me, being able to sit in daylight for a change, rather than shadow.

Honestly, this book has so much information that I found valuable and interesting. How our senses interpret nature, from scent to audio to visual. I highly recommend reading it!

Some alarming things I have learned: The average person looks at their phone 150 times a day. IPhone users spend 26 minutes more a day on their phones. There are less than a dozen places in the United States that are devoid of man-made noises and contain only the sounds of nature. As I write that sentence, I hear birds singing outside my window, some sort of power tools being used, and a car driving by on the street, my coffee maker beeping. My fingers typing on the keyboard.

Everyone has been saying to me, “Oh it must be so hard”, or “Ugh, that must be so annoying!” to not have your phone. But, it has become a little easier. Since I haven’t had it, I kept track of things I have done differently. My own tiny observations, if you will.

Our mornings have had a different rhythm. I feel more relaxed, not getting up and checking out what happened over night or checking my emails. I am on medicine for high blood pressure, and when I checked my BP this morning as usual, it was super low – 98/62!  I also feel I have more time. On Monday, Wyatt and I went to my brother’s house and hung out with my mom and my niece, the kids were playing and having fun while mom and I had tea together and chatted, where we would usually have a phone conversation. Williams said people are built for social face to face interaction, and it was much nicer for Wyatt and I, and my mom and Chickadee, to all be together for a while. It was really fun, actually. I took a nap when Wyatt did later that day too, which was pretty awesome. I have more time, and things are getting done that I haven’t had time for – which is sad when what was getting in my way was checking my phone! Wyatt and I spent some time outside too, in the sun listening to birds, and Wyatt even tried to imitate a robin’s trilling song. And I have been singing more in the car, now that I am not talking to people on my Bluetooth. I have also been able to notice how much time my husband spends on his phone, since I haven’t had one. It’s been enlightening. I feel like I have had a detox and honestly I like it.

On the other hand, I still need a phone. While I have felt more free, I have also missed a few really important phone calls. I also had to tell Wyatt’s preschool to call my husband first since I am unavailable by phone right now. My husband is at work and would have to chat me, which works but is not the best way to do things. I like to be available if I am needed in an emergency. Today is also my mom’s birthday and I can’t call her to wish her a happy birthday. So, I definitely need a phone. I just don’t need to be on it as much as I apparently was. I am going to stay balanced – I like this new feeling of not being as anxious, tethered, but I also want to receive calls and get information when I need it!

How about you? How often do you get outside in nature? Do you feel like you couldn’t exist without your phone?

2 thoughts on “Phoneless and free”